The Influence of Coco Chanel

This statement is so true because finding the right style for you is vital for your confidence and personal brand.

It is over 50 years since her death and yet her influence remains today.

Did you know that she…

✔️ Popularised the wearing of trousers for women – she started wearing her trademark, wide-legged, sailor style trousers as early as 1918.

✔️ Made nautical stripes stylish – taking her inspiration from the woollen, striped fishermen’s sweaters. She redesigned them in jersey and added a patch pocket. Then introduced them into her boutique in Deauville in the 1910s. Most people will have a striped top in their wardrobe somewhere!

✔️ Used costume jewellery to add drama to her collections and change the perception that fake was bad. I certainly remember seeing photos of her wearing multiple strings of fake pearls.

✔️ Designed the original “Little Black Dress” in 1926. Vogue described this simple design as, “a sort of uniform for all women of taste.” It is still seen as an essential part of many women’s wardrobes.

✔️ Launched her eponymous No.5 perfume in 1921. She described it as, “A perfume like nothing else. A woman’s perfume, with the scent of a woman.” It also became one of the biggest and most successful branding exercises in the history of fashion.

✔️ She also has a suit named after her. The Chanel suit was a game-changer – not just for fashion but for women’s style liberation. As it helped move women out of corsets and long skirts. The tweed collarless jacket has featured in Chanel collections ever since and the style has been copied many, many times – I had a great version from Zara for many years.

Have any of these Chanel designs influenced your style?

Discover how you could learn about the styles that work for different body shapes in our signature style courses.

Other blogs you may find interesting… 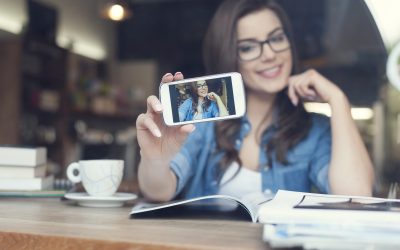 The Selfie and Your Personal Brand

As we start to mix more with our friends and family, I have been pondering the selfie and its impact on your Personal Brand and image. Here are my thoughts.... The word selfie is now in the dictionary and part of our general vocabulary. A selfie is described as:...

Discover how Study in Style Training can help you to start, grow and develop your amazing style business.